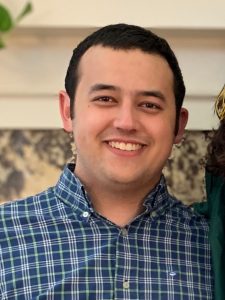 John grew up in Iowa City, Iowa. He then went to Creighton University in Omaha, Nebraska, where he received his B.S. in physics with minors in sustainable energy and math. In addition to his research work at Creighton on the physical vapor deposition synthesis of sulfide thin films, he also worked on the flame synthesis of lanthanum-doped barium stannate for an REU at the University of Minnesota-Twin Cities in the summer of 2018. He currently works as a research assistant in the Voyles Group at the University of Wisconsin-Madison.

John’s current work is in the characterization of metallic glasses.